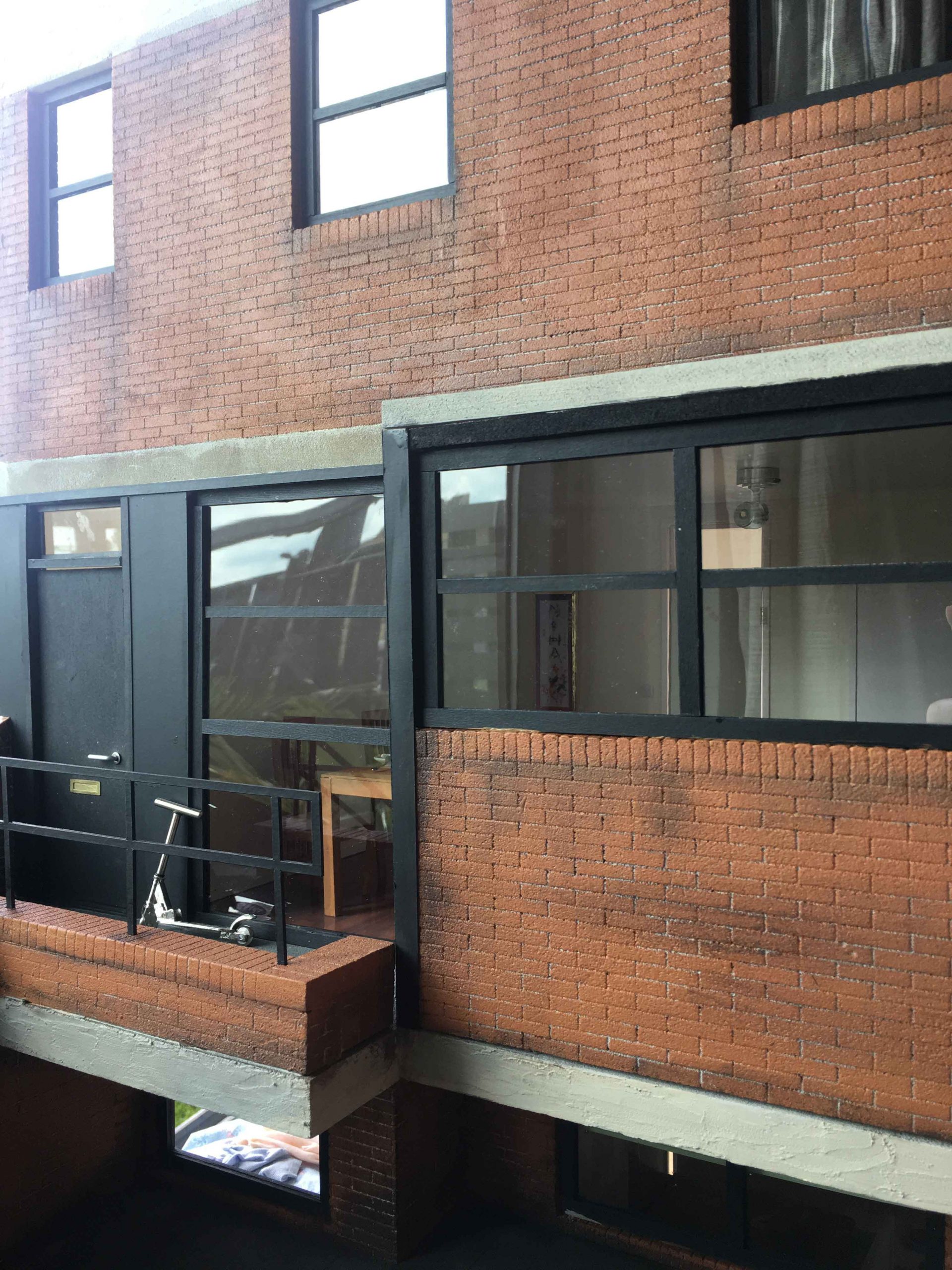 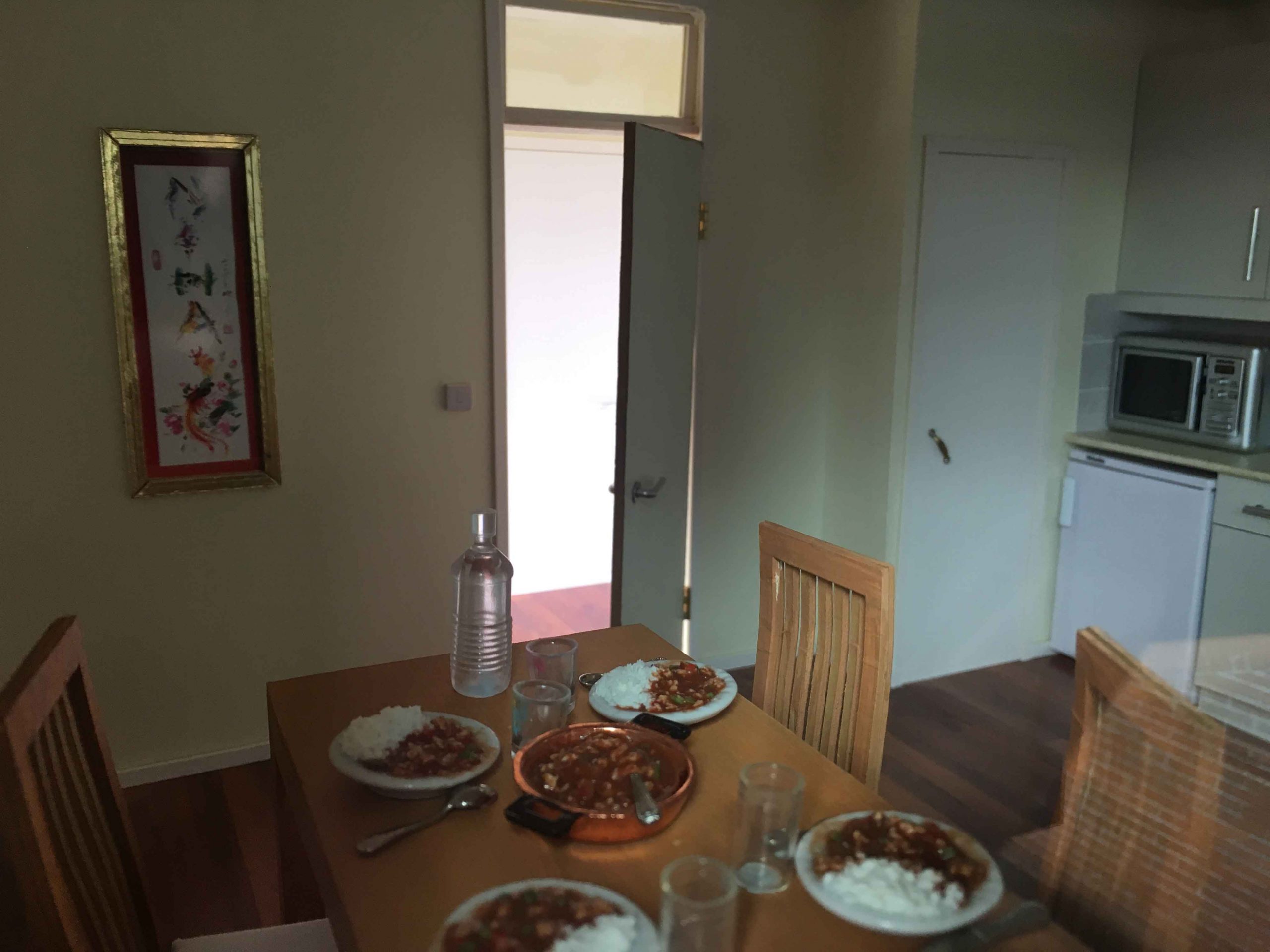 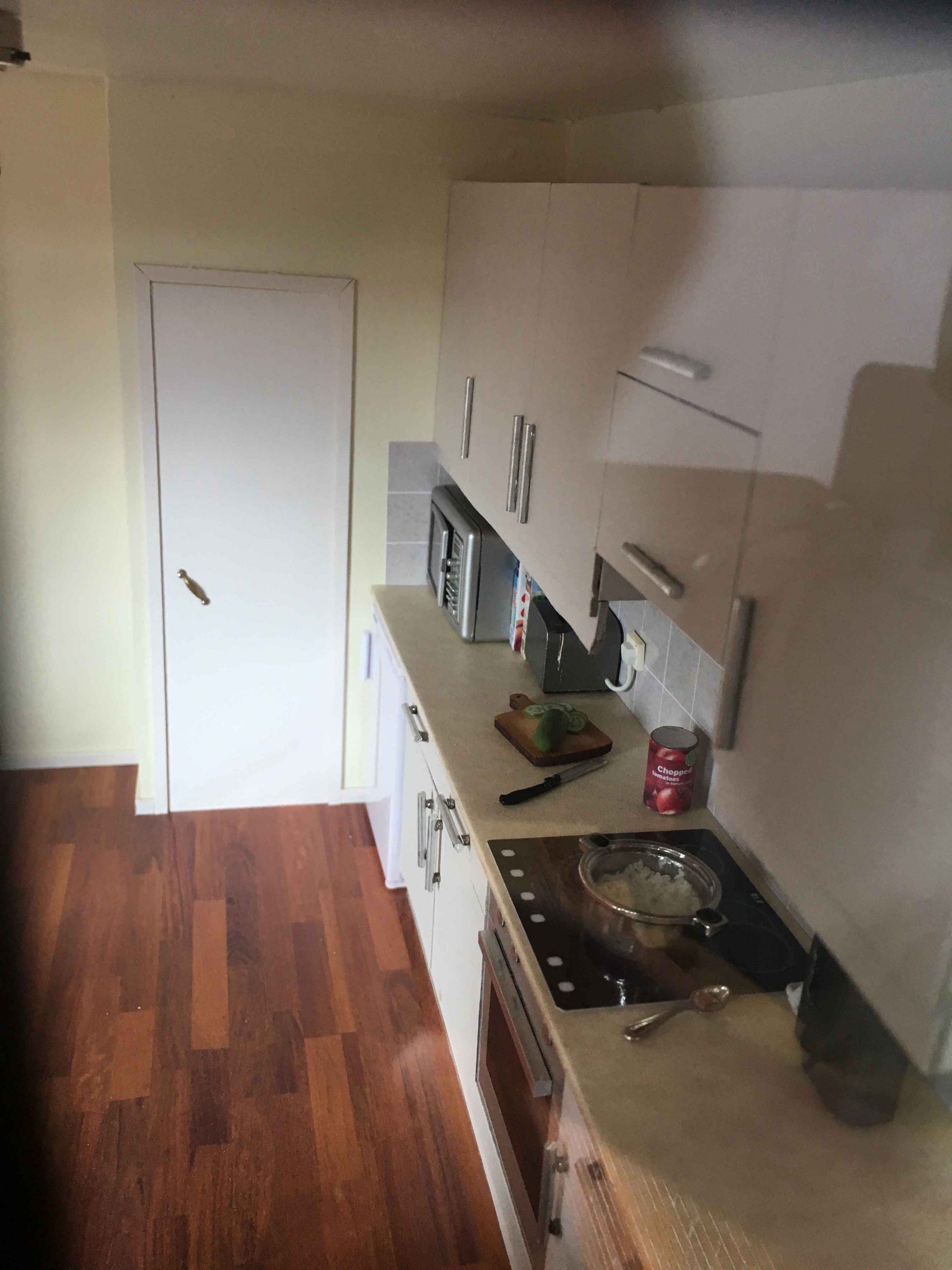 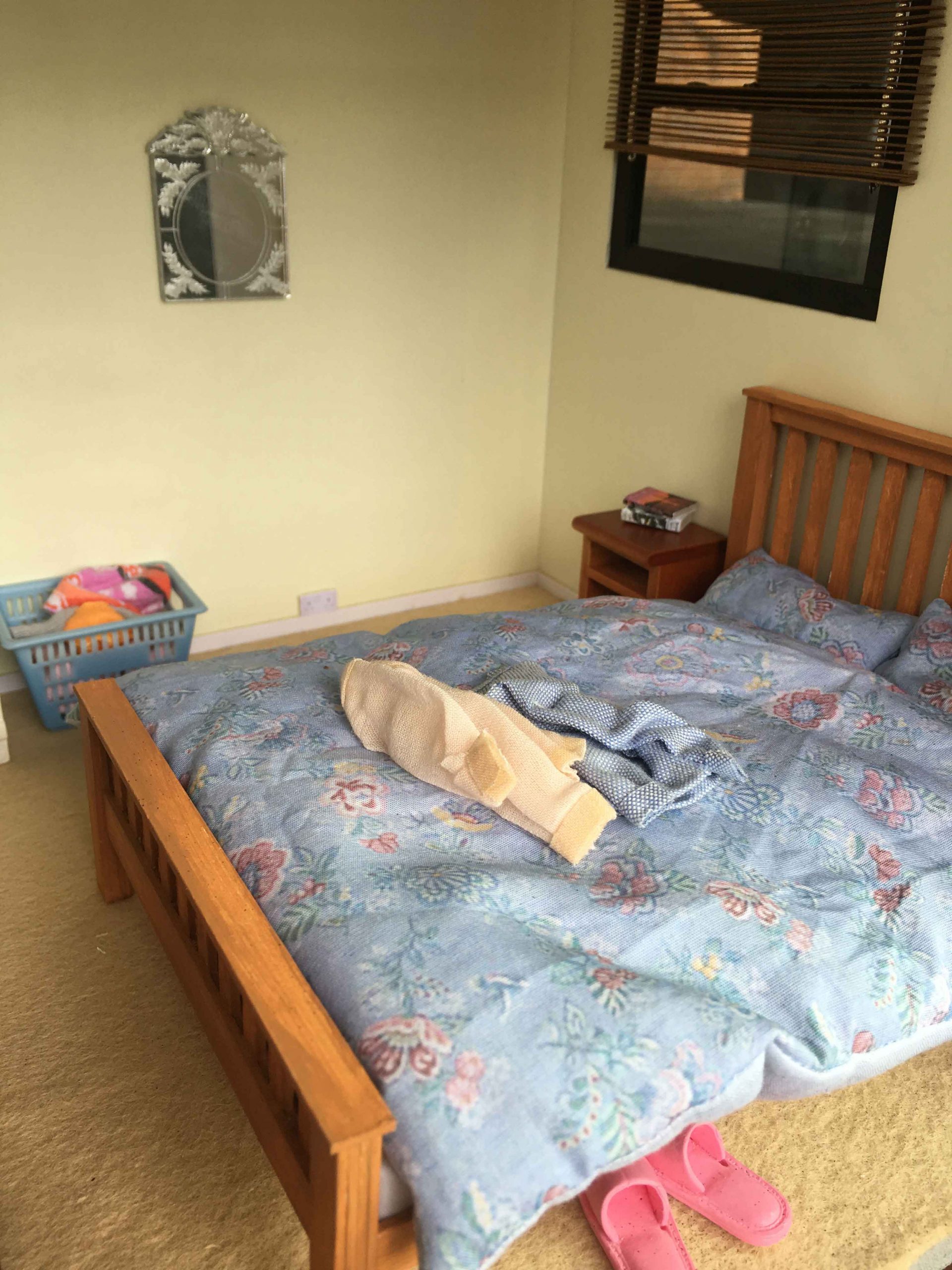 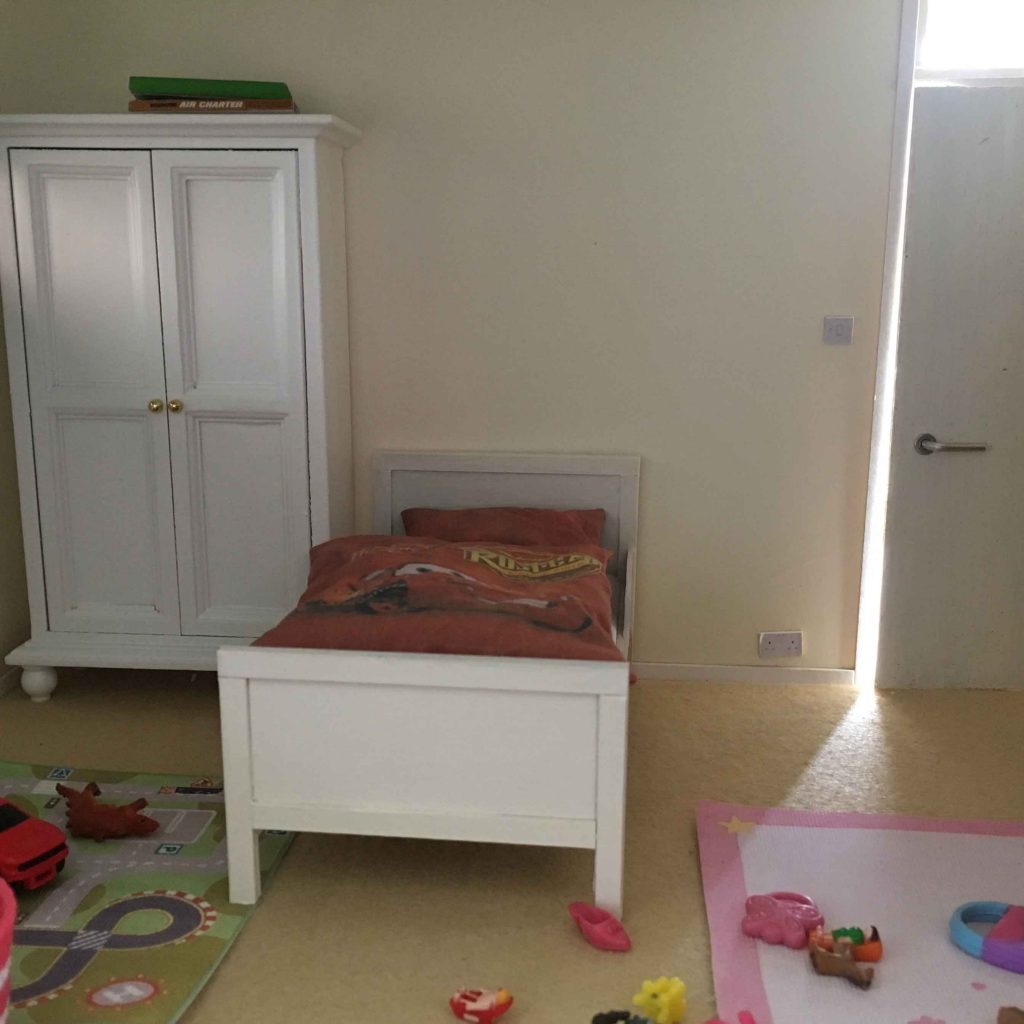 The houses were build from foam core board and most of the furniture was custom made from card.

I commissioned the very talented Amanda Speakman to make authentic food that the families would typically eat.

I was commissioned to build two miniature models to be featured on the BBC The One Show. The project was called ‘Miniature Memories’ and featured two families who had lost their homes under tragic circumstances.

One family had fled Syria in 2012 and now lives in London. Based on a long chat with the family and a handful of photographs I went about to re-create their home in miniature, to give them back a piece of their lost life.

The second family was from London – their house got flooded by sewage twice. I didn’t have any photos for this house, but they were able to be more specific with the furniture and it was easier to second guess a British house.

As there was a lack of photos of the original homes I spent a large portion of the project researching. It was a challenge to find authentic every day interiors from Syria, but by pure chance I happened to reproduce the exact tiles that the family actually had in their house.

The whole process was very emotional and at times stressful when realising the responsibility I had – but overall it was a very rewarding experience. 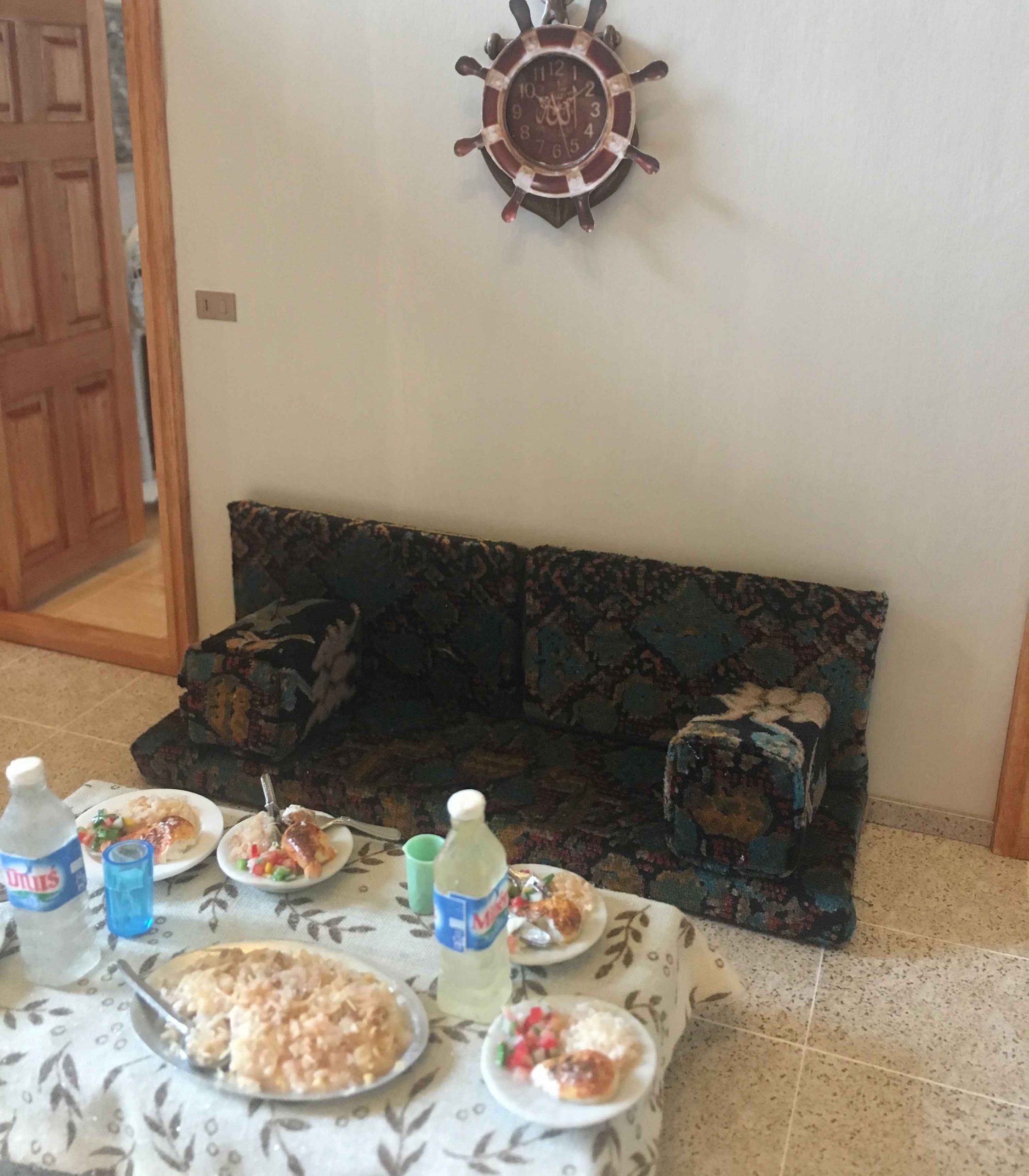 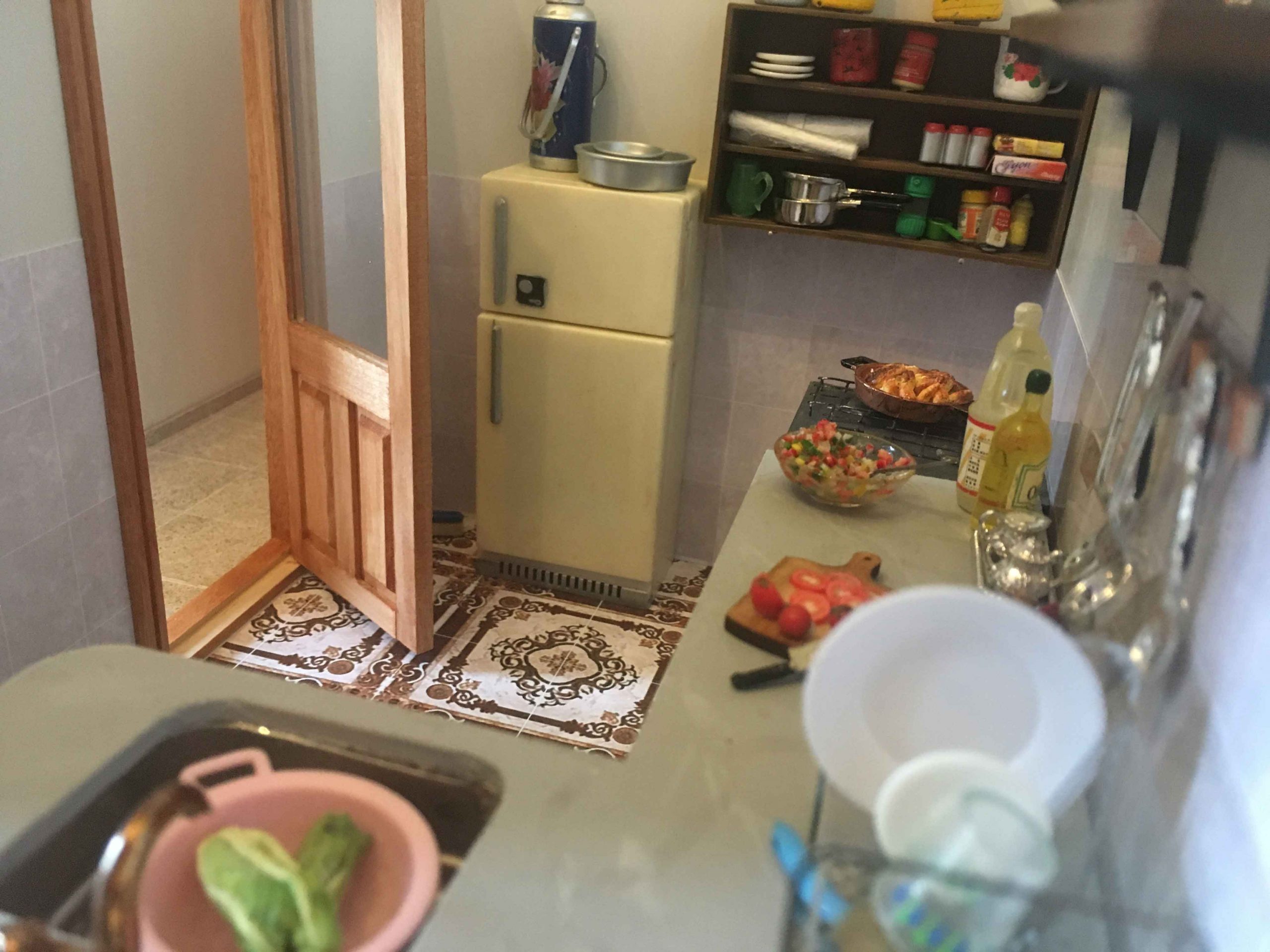 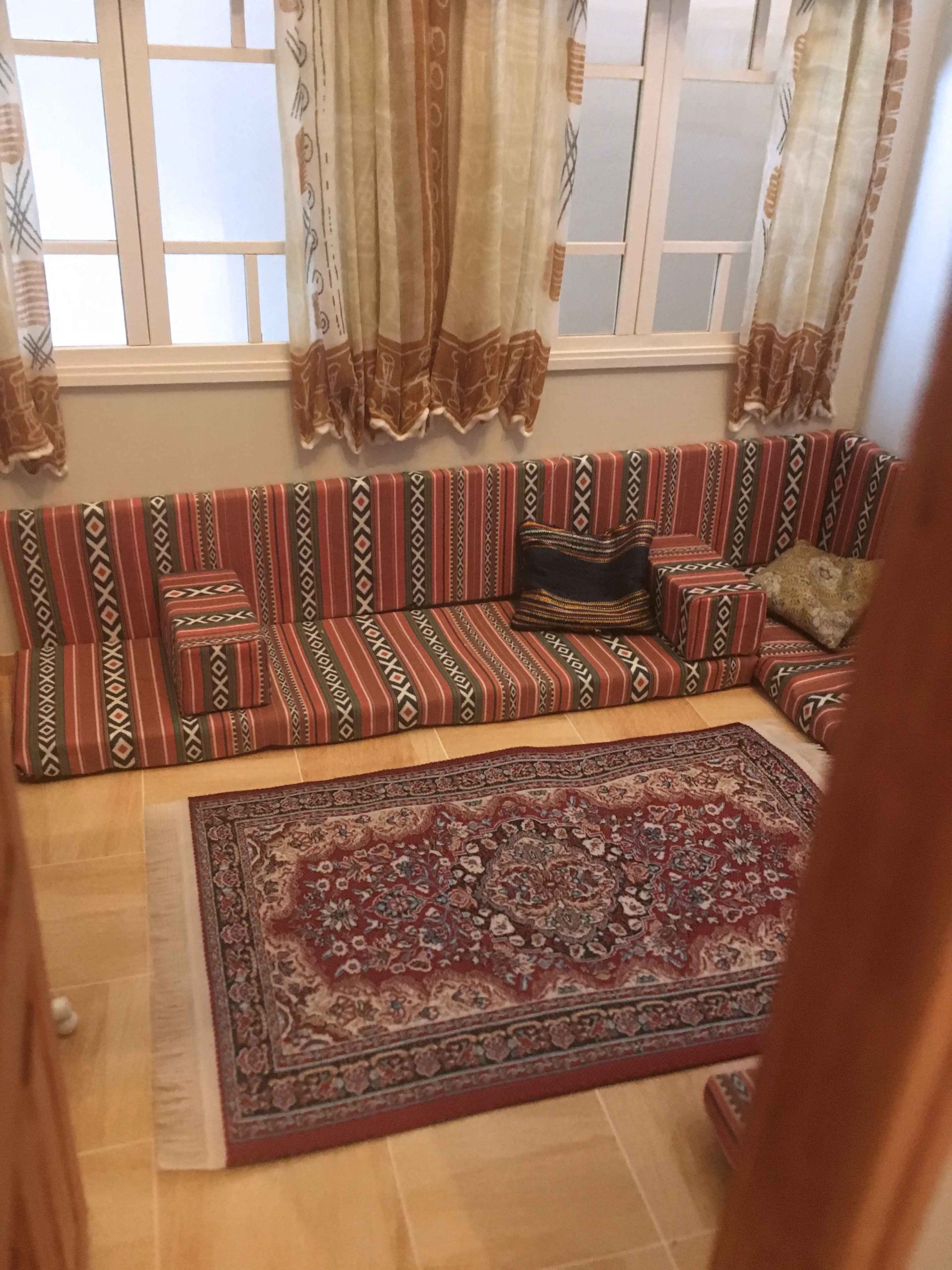 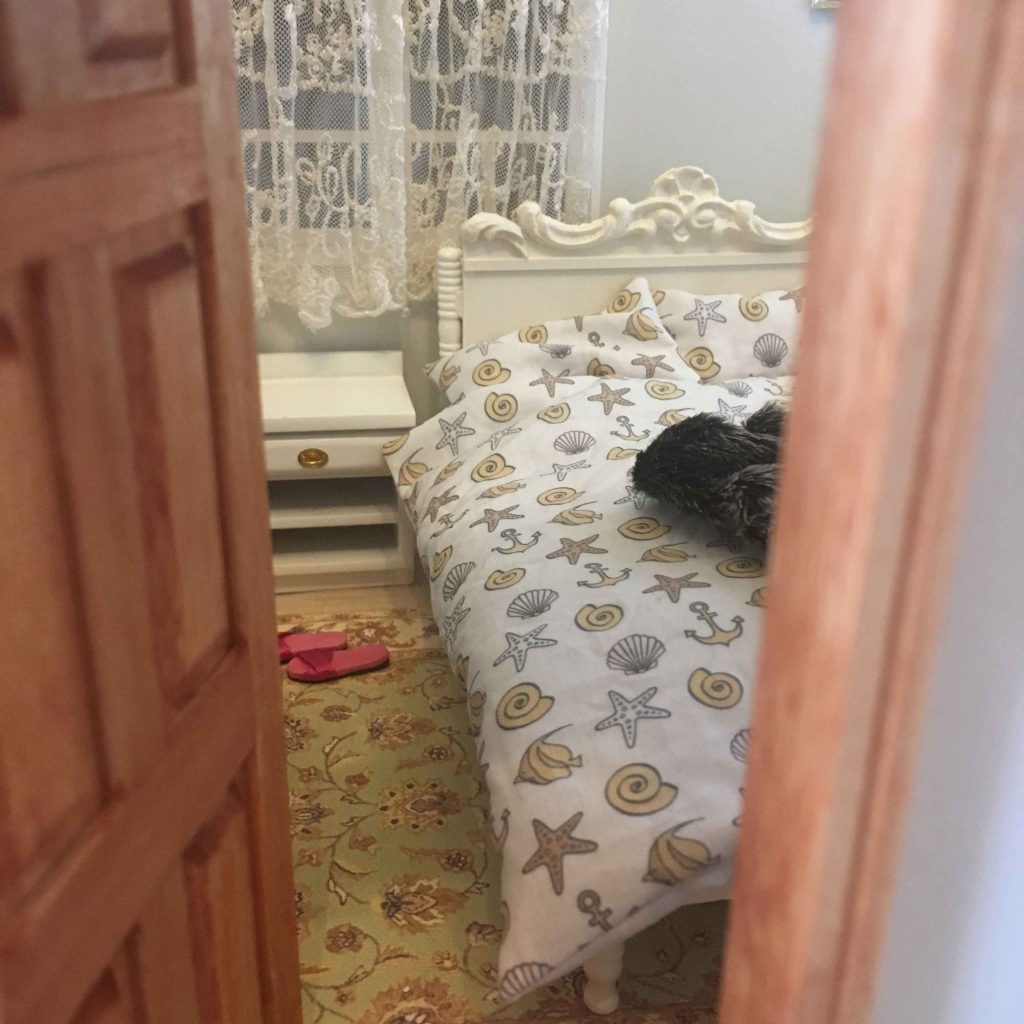 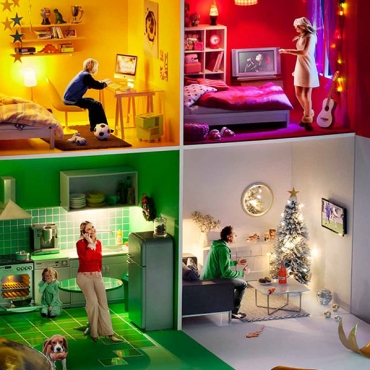