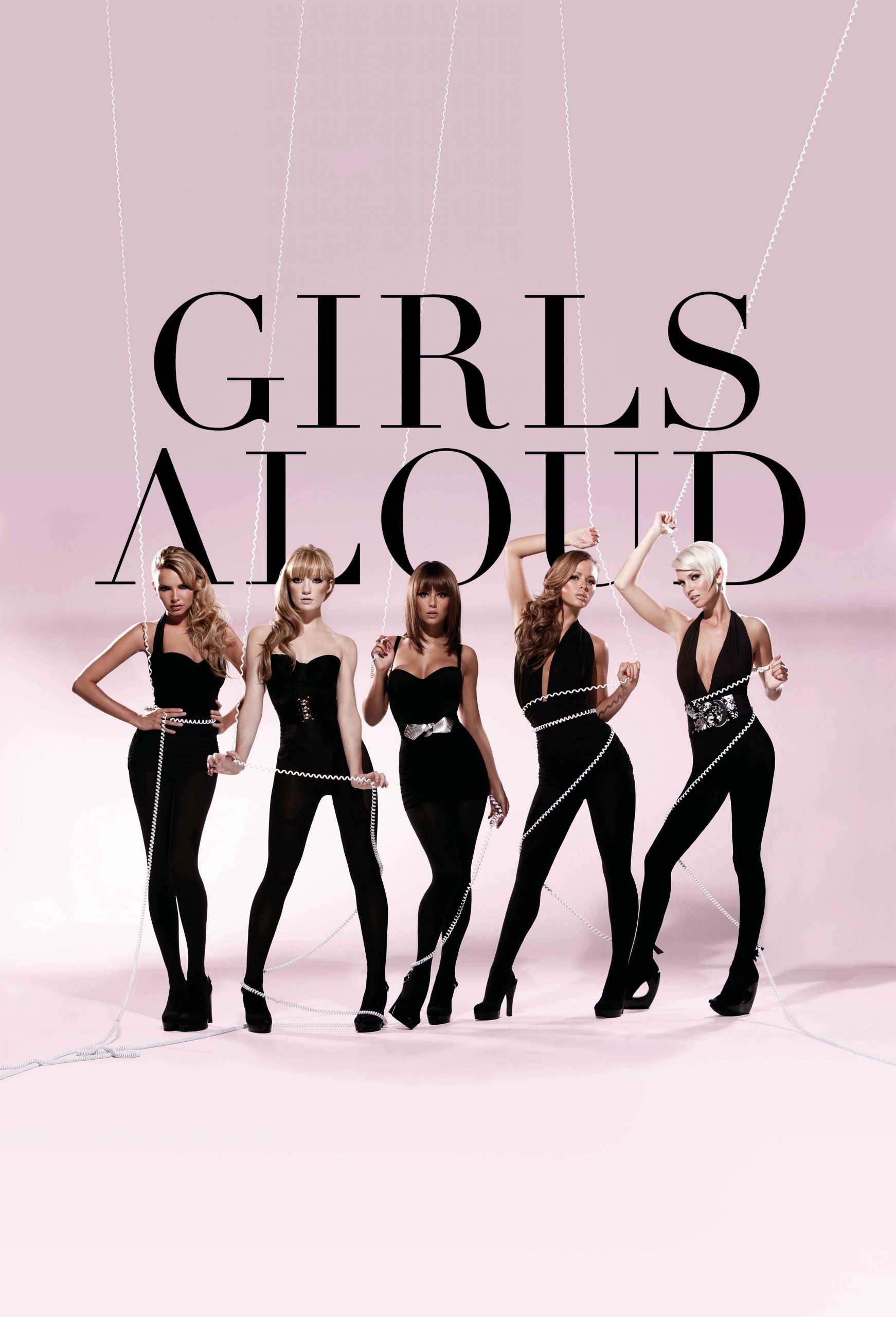 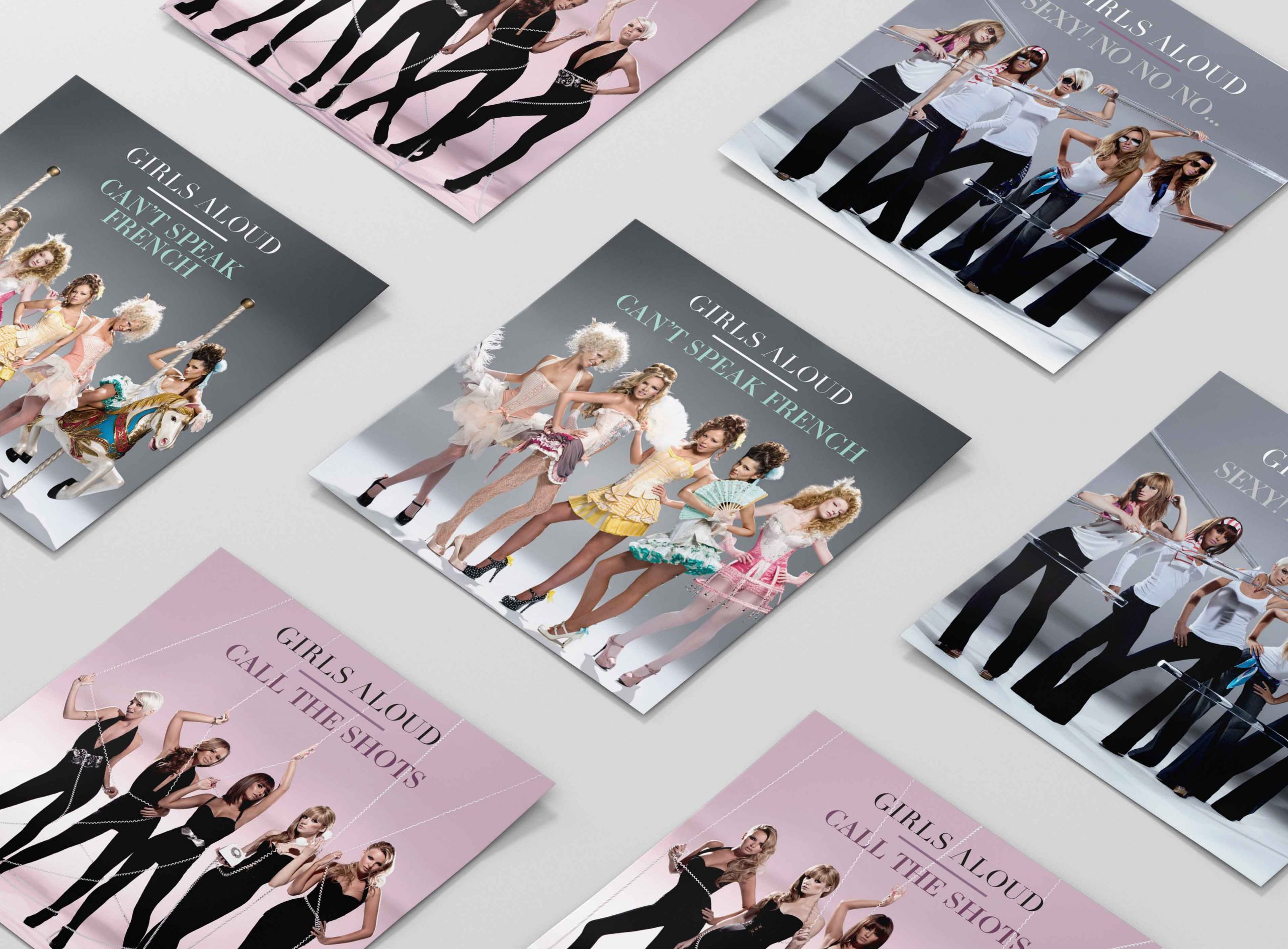 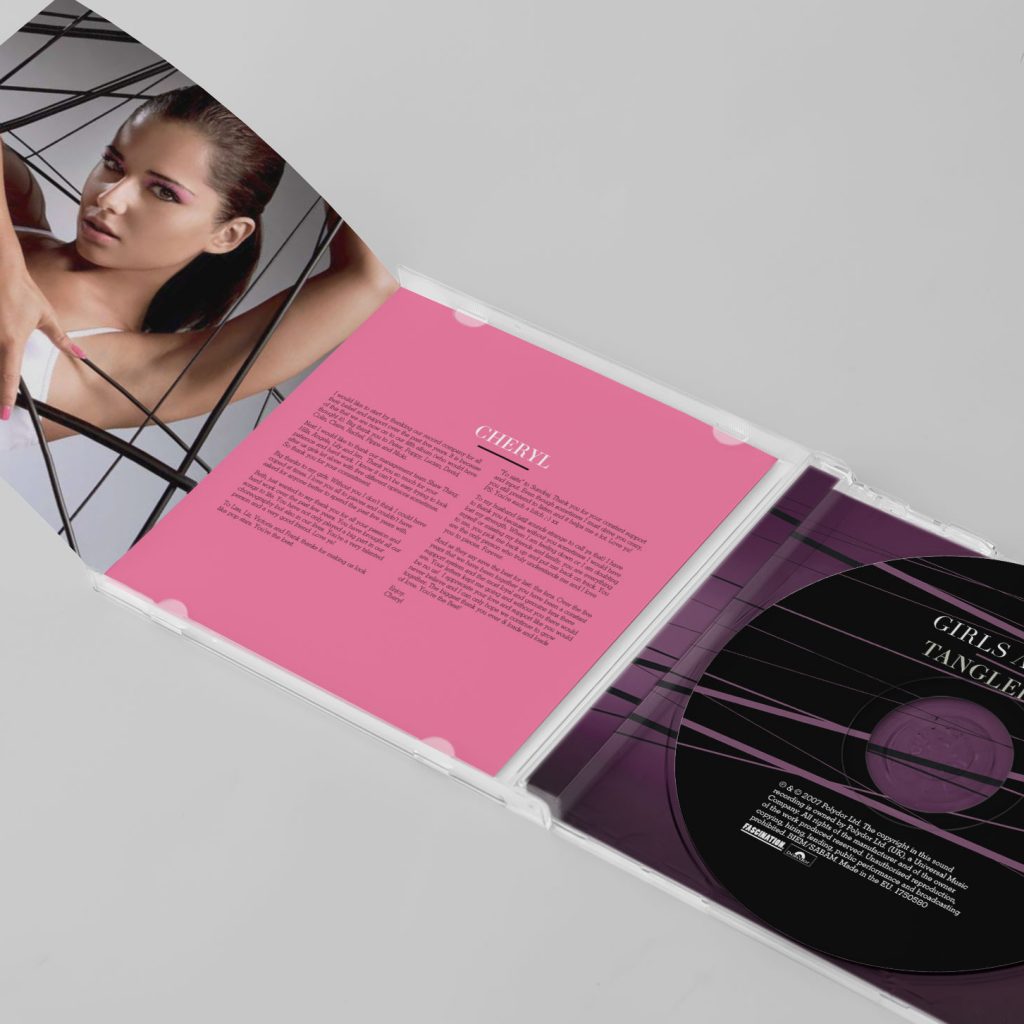 The artwork for the album was adapted to a wide variety of formats – from London cabs to posters, print adverts and billboards. 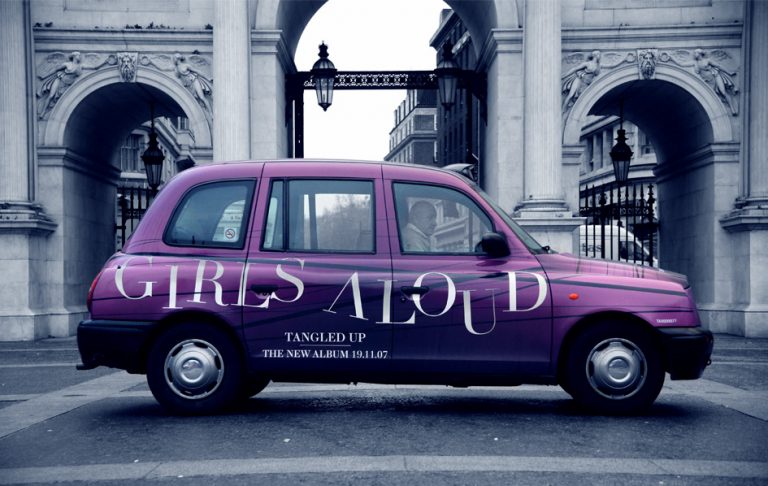 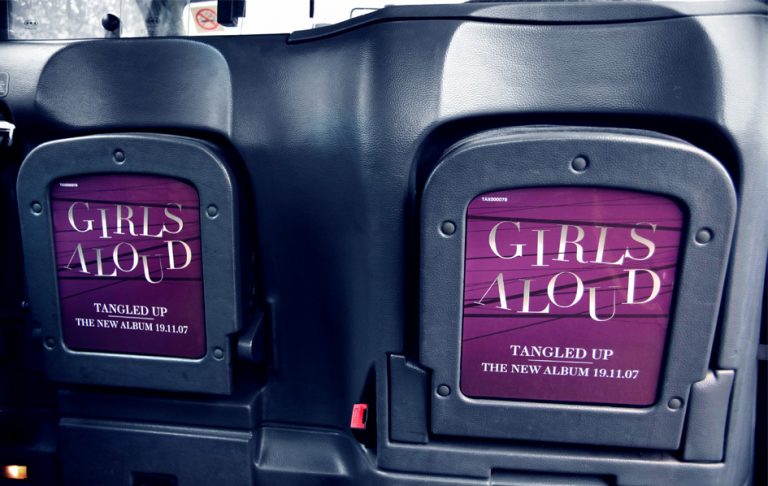 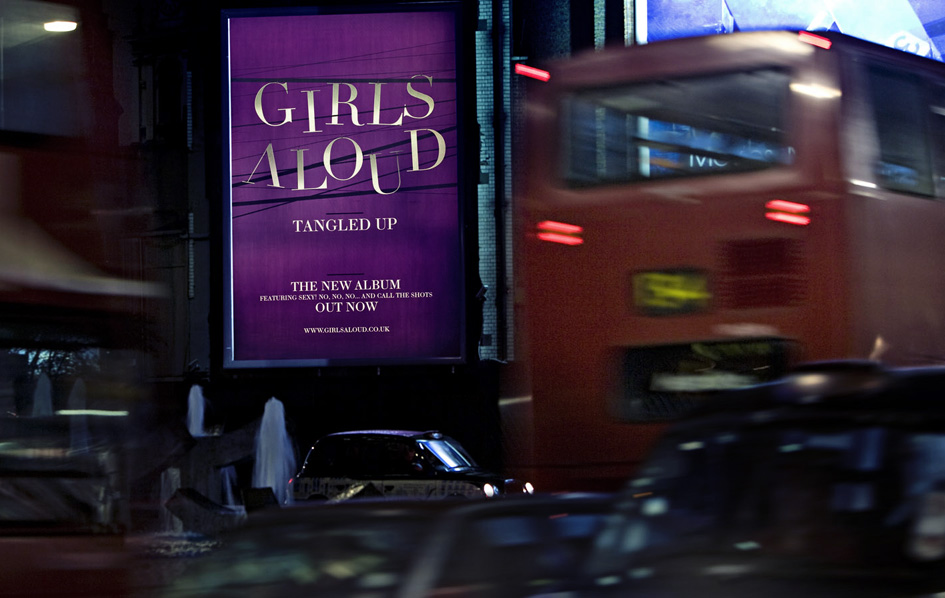 I worked for Girls Aloud on various projects over a number of years, including the Tangled Up album campaign, various DVD covers and a limited edition singles box set.

For the main cover of the Tangled Up album, we made the radical decision not to feature the band. Instead, we created and photographed a set of strings and ‘tangled up’ perspex lettering. We then used the same set to shoot portraits of the girls for the booklet artwork.

The overall idea for the singles box set artwork was to feel high fashion but also playful and tongue-in-cheek, in keeping with the band’s typical style. I worked closely with a set designer to create different studio set ups for the girls to interact with. 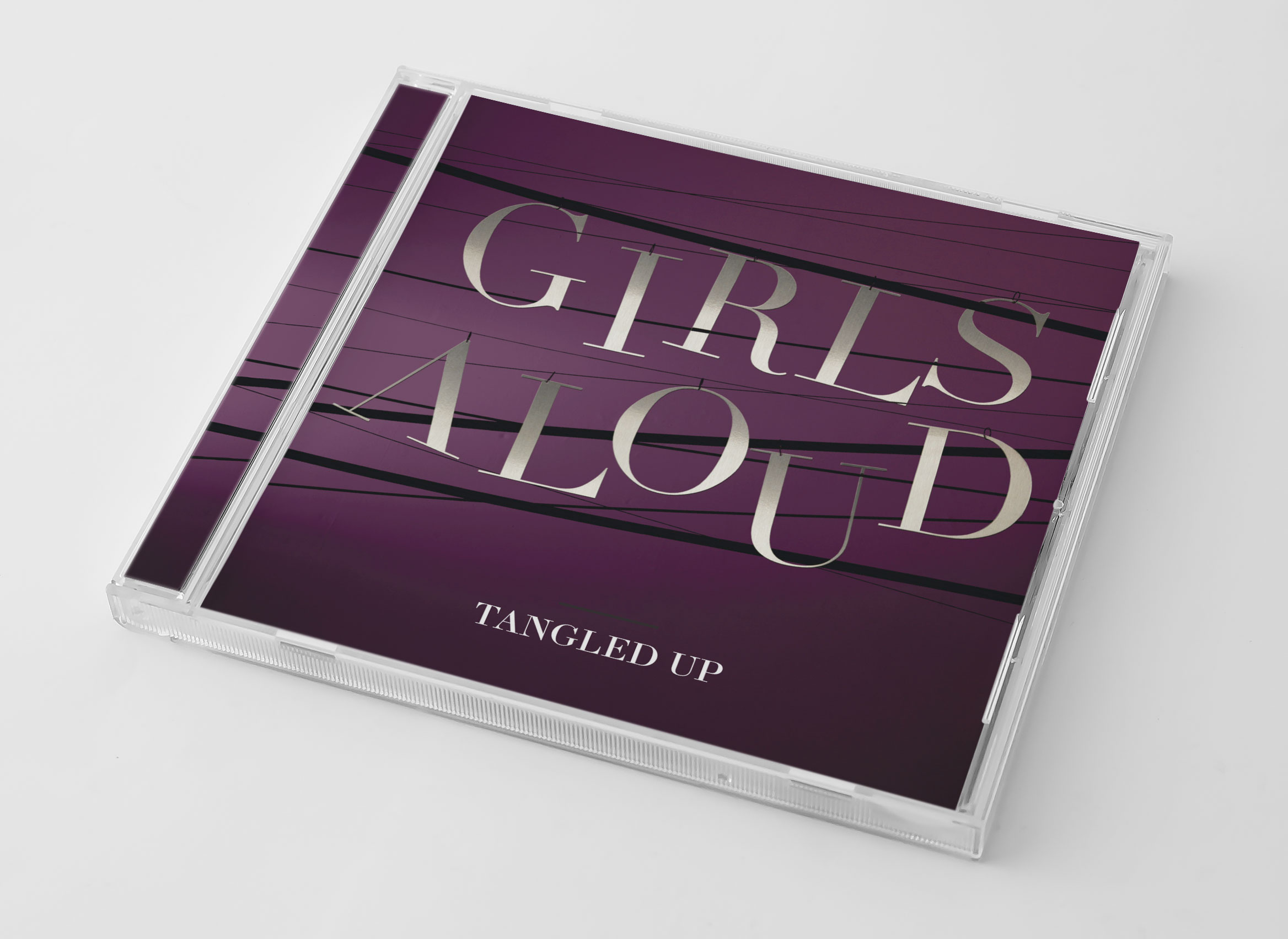 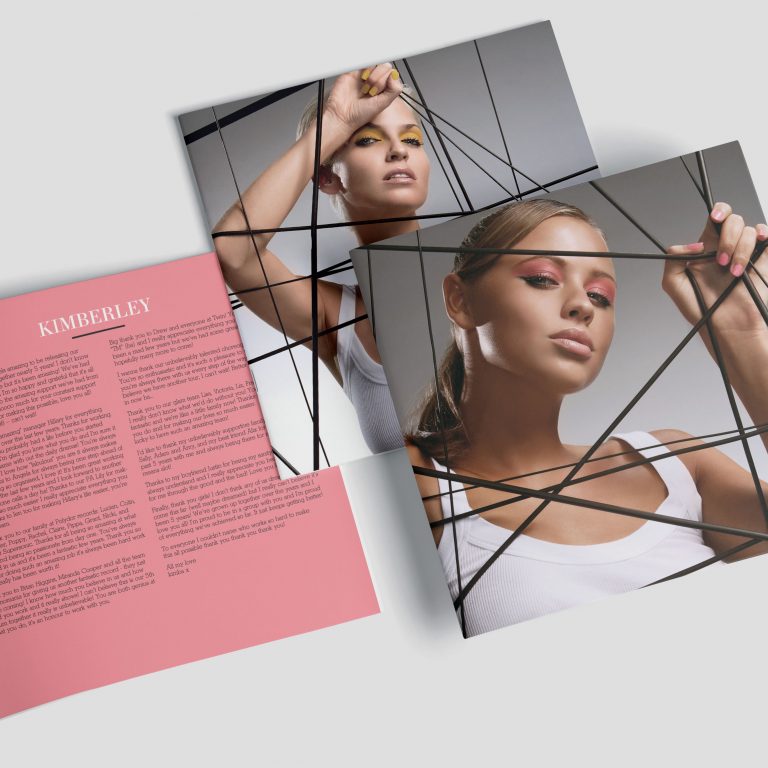 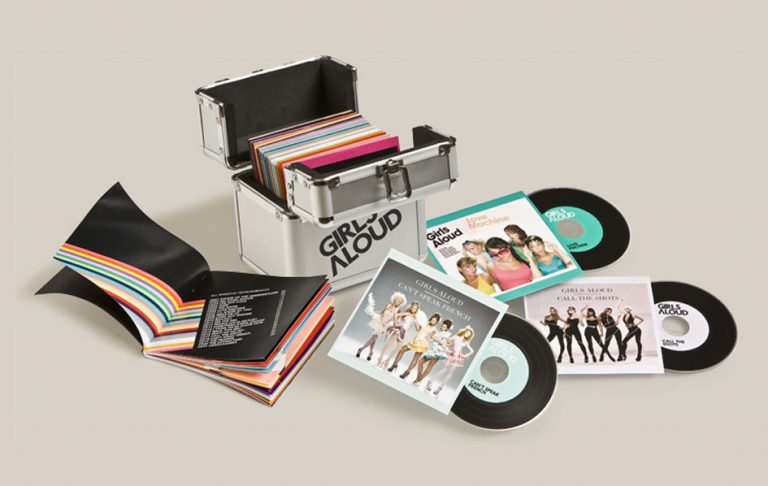 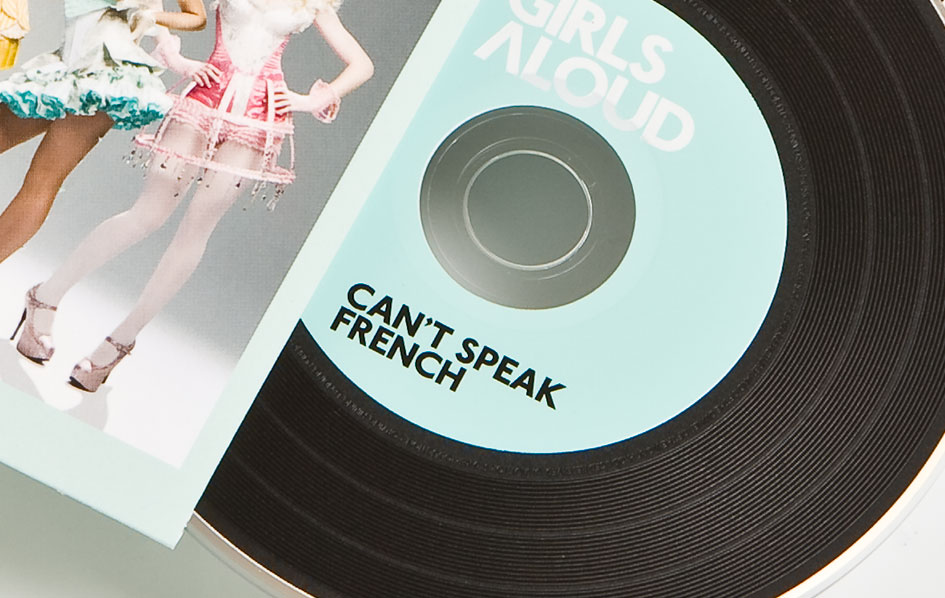 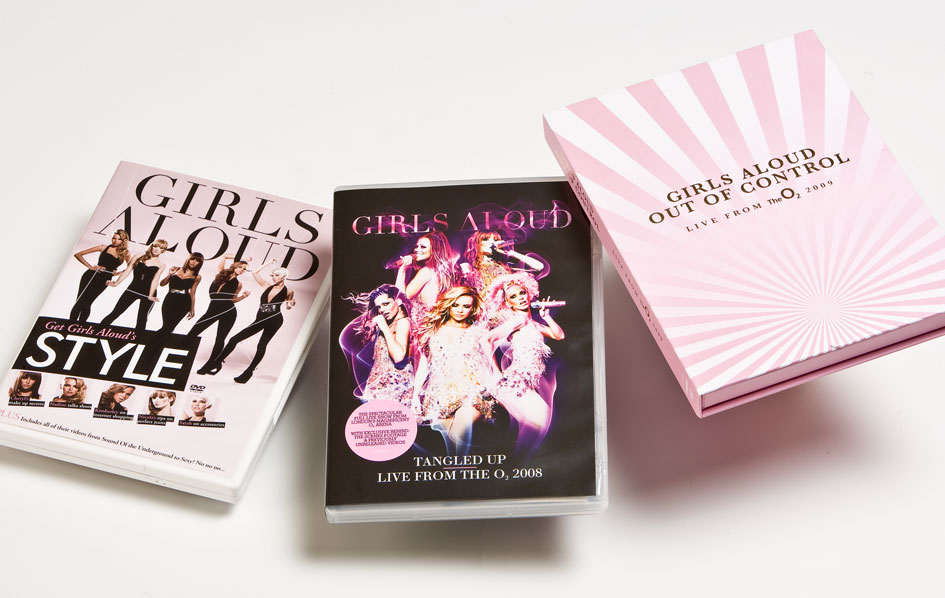 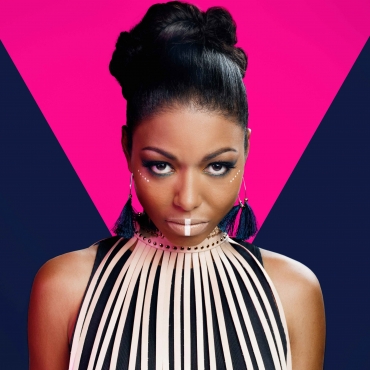 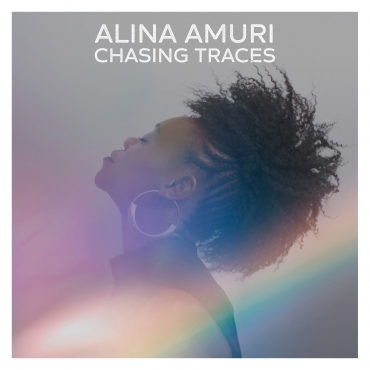